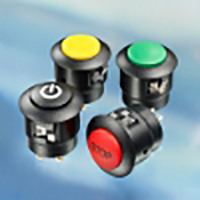 Posted by Brad Woolridge
· No Comments

The whole FP range, combining attractive design and robustness, is ideal for applications including tractors, buses, trucks, cranes and automotive.

Since its creation in 1952, APEM has become one of the leading worldwide manufacturers of man-machine interfaces. The group is present in 11 countries and has a network of more than 130 distributors and agents on five continents. With production plants in Europe, North Africa, America and Asia, APEM achieves 67 % of its turnover from export markets.